Join the family by subscribing to our mailing list and instantly receive a unique 5% discount code, valid for 30 days.

Ozeano is driven by a desire to make a difference, with at least 5% of revenue donated each year. Our very existence centres around our ability to help protect nature's future, with a core principle of our business being to optimise for impact, always. That means we should never settle, and always be of the mindset that we have to do more to protect people and our planet.

6kg of ocean litter collected with every sale

The original motivation behind forming Ozeano was triggered by realising the enormity of the ocean pollution problem our planet is facing. To help make a difference, with every purchase you make, you fund the removal of 6kg of plastic & marine litter from our oceans and waterways, equivalent to over 500 plastic bottles.

By choosing to wear Ozeano, you're part of the solution, not the problem.

What's the problem with ocean litter?

Today, an entire rubbish truck load of plastic ends up in the ocean every single minute, equating to a staggering 8 million tonnes over the course of a year. It’s estimated that there is now 18,000 pieces of plastic floating in every square kilometre of ocean, which is causing real harm to marine mammals and our ecosystem.

Over 200 different marine species have been found to ingest plastic, causing the death of over 300,000 marine mammals and over 400,000 sea birds every single year.

If things continue at this rate, it’s estimated that the amount of plastic entering our oceans could have doubled by 2025, with studies suggesting our oceans will contain more plastic than fish by 2050.

How is ocean litter collected?

We’re proud to partner with Australian company Seabin Project, who are responsible for the creation of the ‘Sea bin’, a revolution in ocean clean­ing technology that creates cleaner oceans with healthier marine life.

We donate $6 from each purchase of Ozeano sunglasses (excluding wholesale) to fund the operation of 1 Seabin to remove 6kg of plastic & marine litter from our oceans & waterways. 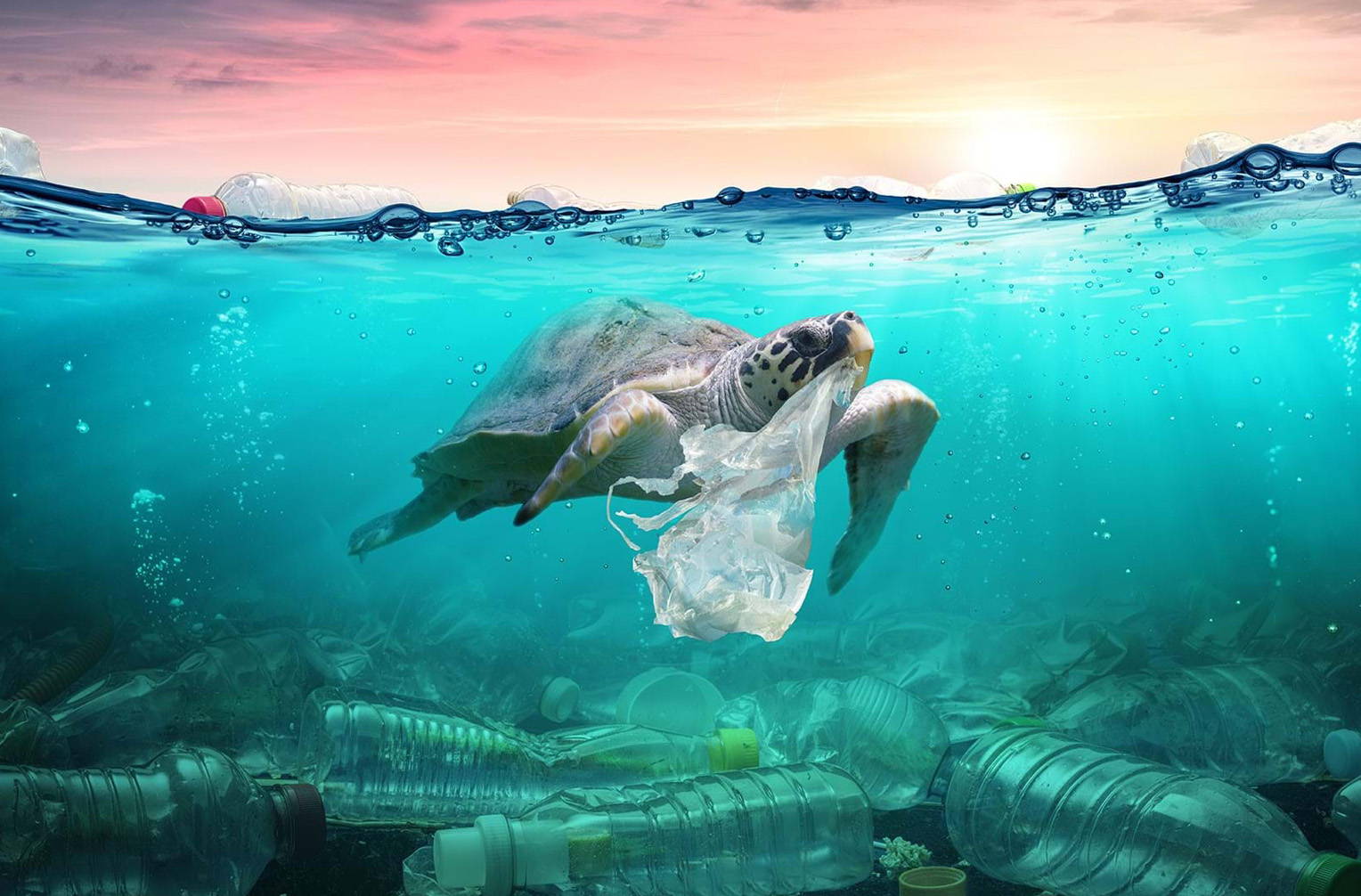 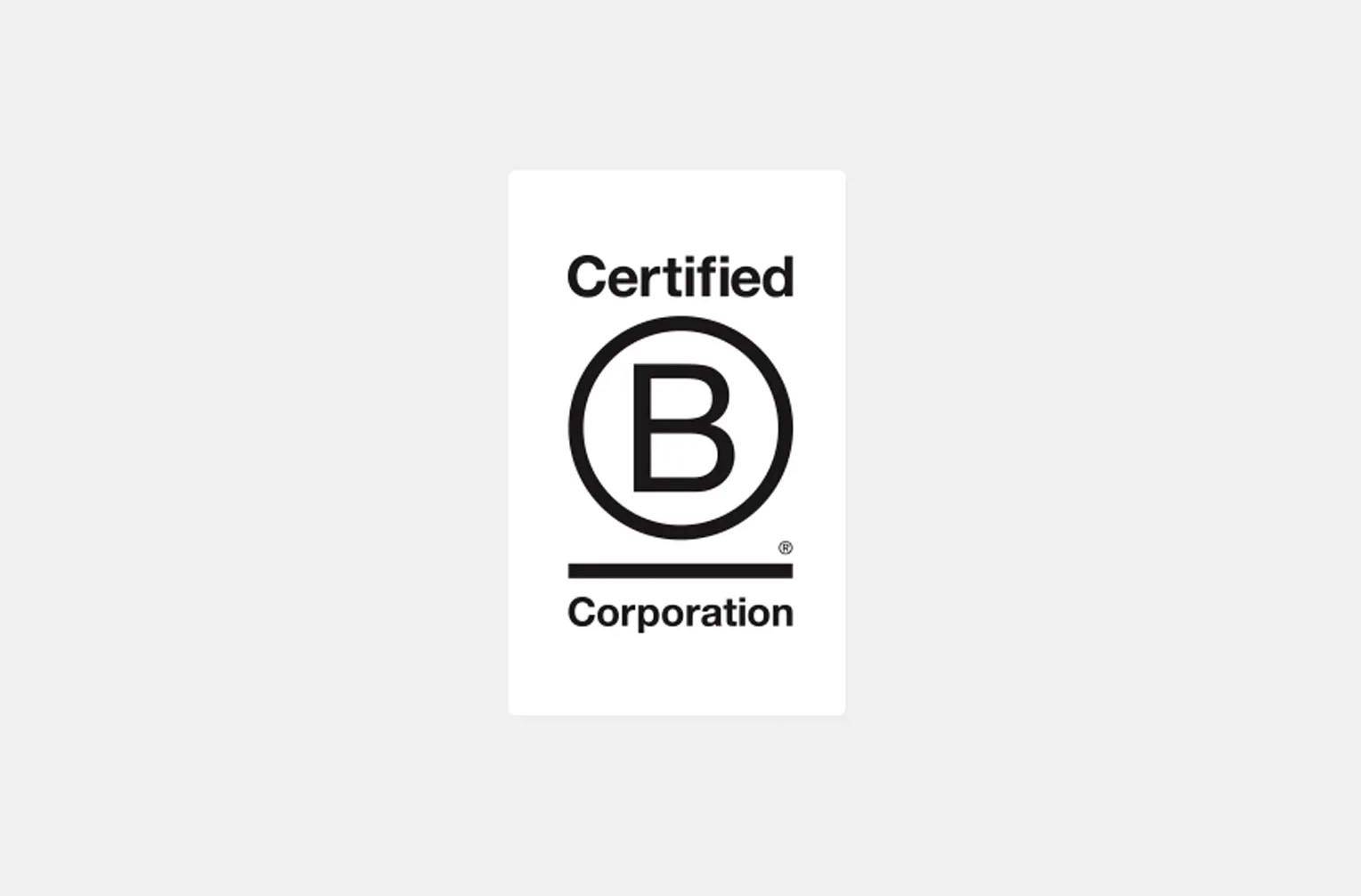 Whilst we use only the most environmentally-friendly materials available and employ ethical and sustainable production practices, we still generate some carbon emissions (CO2) when producing our products. To tackle these unavoidable emissions, we invest in offset projects such as renewable energy, forest conservation and energy efficiency. These projects prevent future carbon emissions as well as removing existing CO2 from the atmosphere.

We buy carbon offset credits from Gold Standard certified projects that are equal to our unavoidable emissions. This provides crucial funding for these projects to continue to thrive, while making all of our products and accessories carbon neutral from ‘seed to shelf’. When you make a purchase, you will receive a certificate in your name for the carbon credits that were purchased to offset the emissions for your product.

What's the problem with carbon emissions?

There are both natural and human sources of carbon dioxide emissions (CO2). Natural sources are an important part of a self-sustaining and functioning ecosystem and come from living things like animals and plants that release CO2 when they respire (i.e. breathing in oxygen and exhaling CO2). Human sources are the problem and come primarily from the burning of fossil fuels such as coal, oil and natural gas, as well as mass deforestation.

Given carbon dioxide is a greenhouse gas that traps heat from the sun to warm our oceans and atmosphere; it plays a critical role in enabling life on this planet, keeping Earth at a liveable global temperature. The issue is that human-induced changes in the concentrations of carbon dioxide in our atmosphere — driven primarily by the burning of fossil fuels to produce electricity, or to heat and cool buildings, or to power machines  — is changing the amount of heat that is trapped, causing dangerous global warming and climate change.

Global warming and climate change is dangerous in that it threatens the livelihood of our planet, animals, humans, and ultimately, life as we know it. Symptoms include melting of the polar ice caps, the rising of sea levels, the disturbance of animals’ natural habitats, animal extinction, extreme weather events, water and food shortages, and other negative side effects that are dangerous to the planet, to human and animal life, and to our future.

The planet's average surface temperature has already risen about 1.14°C since the late 19th century and most of the warming has occurred in the past 40 years, with six of the warmest years on record taking place since 2014. In order to avoid the worst impacts of climate change, the Intergovernmental Panel on Climate Change (IPCC) released a report stating we must reduce carbon emissions to the point where we hold global warming to no more than an additional 1.5 °C.

As humans, every aspect of our life is reliant on the natural environment. This includes the food we eat, the air we breathe, the water we drink, the clothes we wear and the products that are made and sold to create jobs and drive the economy. A healthy and stable climate is our most precious natural resource, and so as a global community, we must take our carbon footprint extremely seriously if we are to have a chance of achieving the 1.5 °C target.

How does it work?

Carbon offsetting is a way to cancel out unavoidable carbon emissions, by investing in projects that reduce or remove greenhouse gases from the atmosphere.

At Ozeano, we worked with Green Story to undertake rigorous life cycle analysis of our entire supply chains in order to calculate the CO2 emissions generated by our products and accessories, so we know how much we need to offset in order to be carbon-neutral.

Our approach for carbon neutrality is to offset our carbon footprint with a mix of Reforestation, Renewable Energy and Community projects. We have handpicked high-quality projects based on their type, location, and benefits. Each project supports multiple UN sustainable development goals in addition to offsetting CO2, and all our projects are rigorously verified and certified through The Gold Standard; the world-leading independent verifiers who ensure projects are working to deliver the benefits they promise.

Mount Sandy project is nestled between the Coorong National Park and Lake Albert in South Australia and protects one of the last pockets of bush and wetlands in the region. The site features a unique mix of coastal shrublands and saline swamplands that provide strategic habitat for iconic native wildlife, such as the short-beaked echidna, purple-gaped honeyeater and elegant parrot.

The purpose of Karadere Wind Power Project is to utilize the wind energy potential of Turkey by reducing dependence on fossil fuels in a clean, reliable and sustainable way with utmost respect on social and environmental aspects in the region. 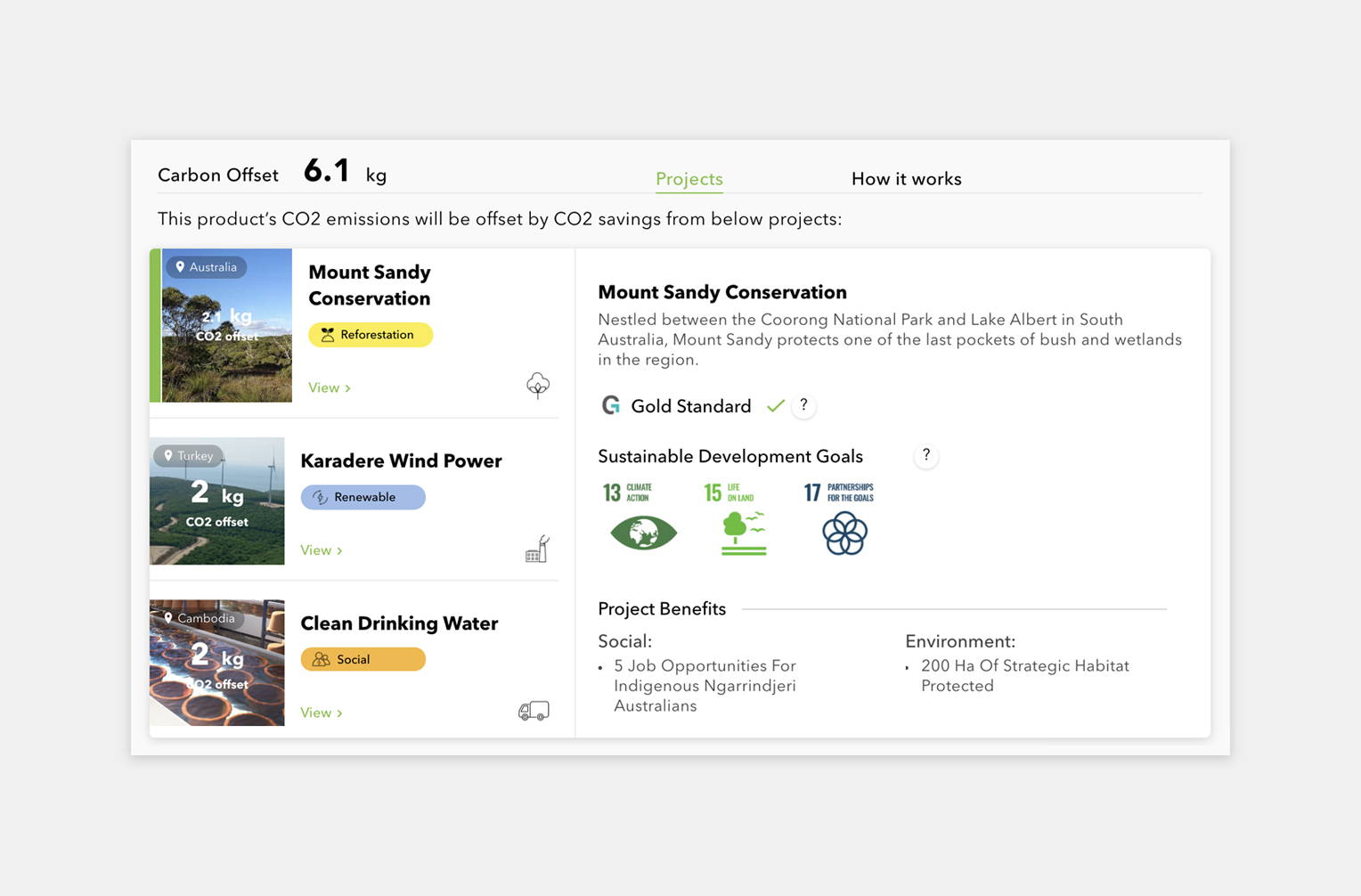 We hold a gold-standard membership with 1% for the Planet organisation, meaning we donate 1% of our total annual sales (whole company) to them to support their environmental initiatives.

1% for the Planet is a network of like-minded individuals, businesses, donors and nonprofit organisations working together toward a common goal: protecting the future of our planet. To date, members have collectively given back more than $253 million to the environment. 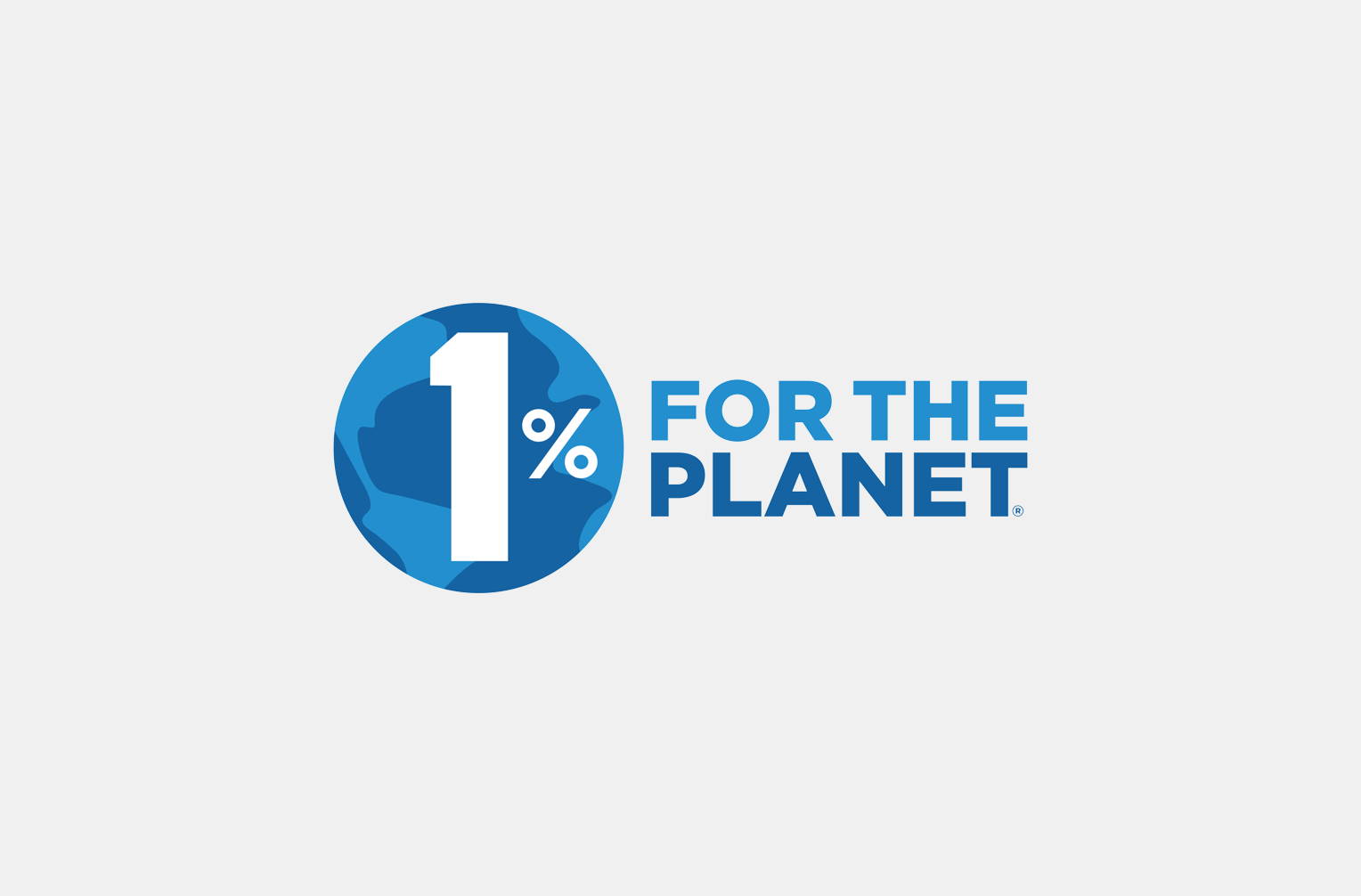 All Ozeano eyewear is made from an innovative plant-based material, meaning it's 100% recyclable, so if you send us your old pair of sunglasses we can recycle or repurpose them, ensuring our products never go to waste. 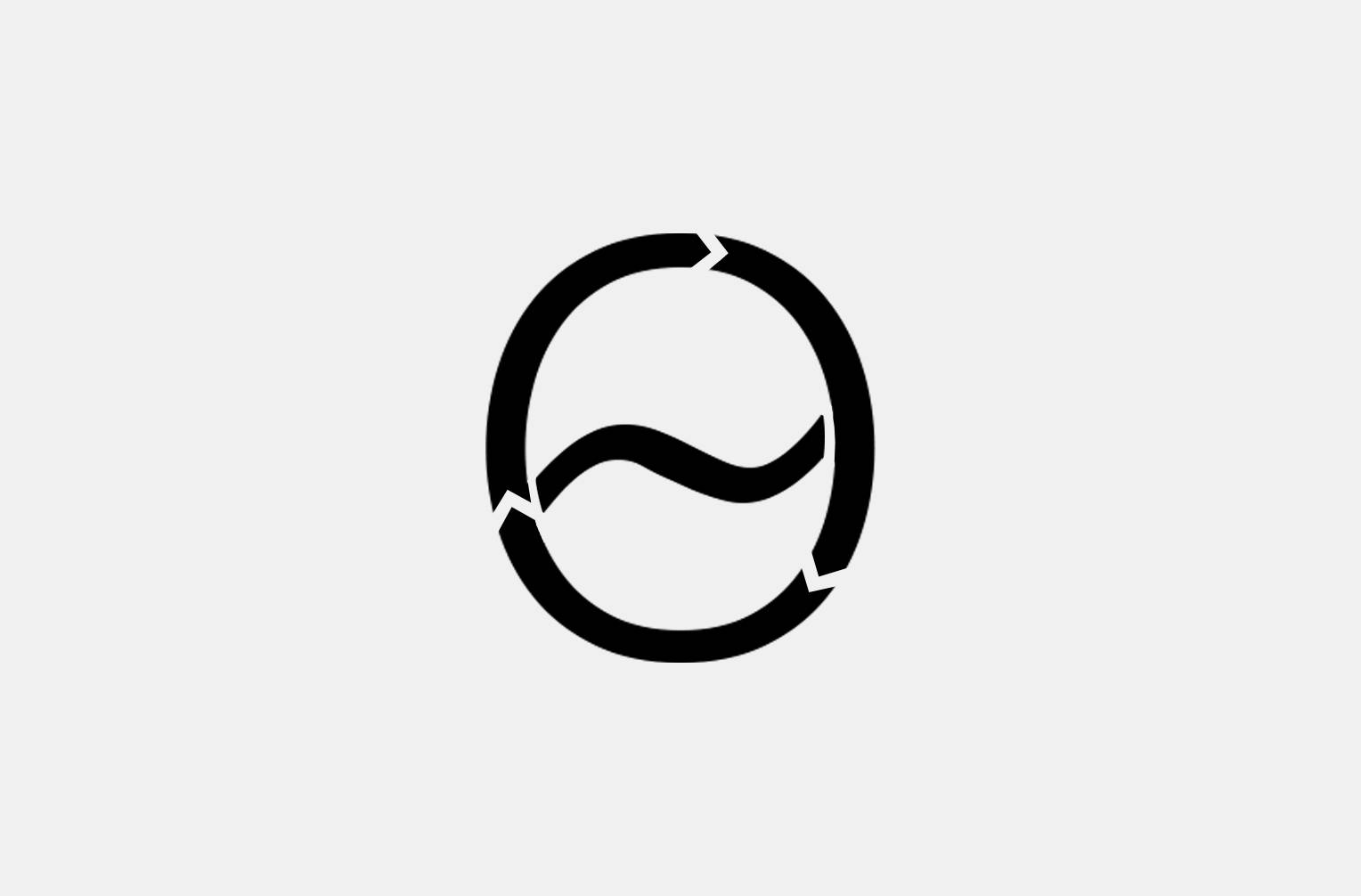 All shipping of Ozeano products is carbon-neutral, via either Sendle or Australia Post. Sendle partner with South Pole Group to offset the emissions of every parcel that is picked up and delivered, supporting emissions reduction projects here in Australia and across the world. Australia Post purchase carbon offset credits, mostly in Australia, to match the calculated emissions for the deliveries provided. 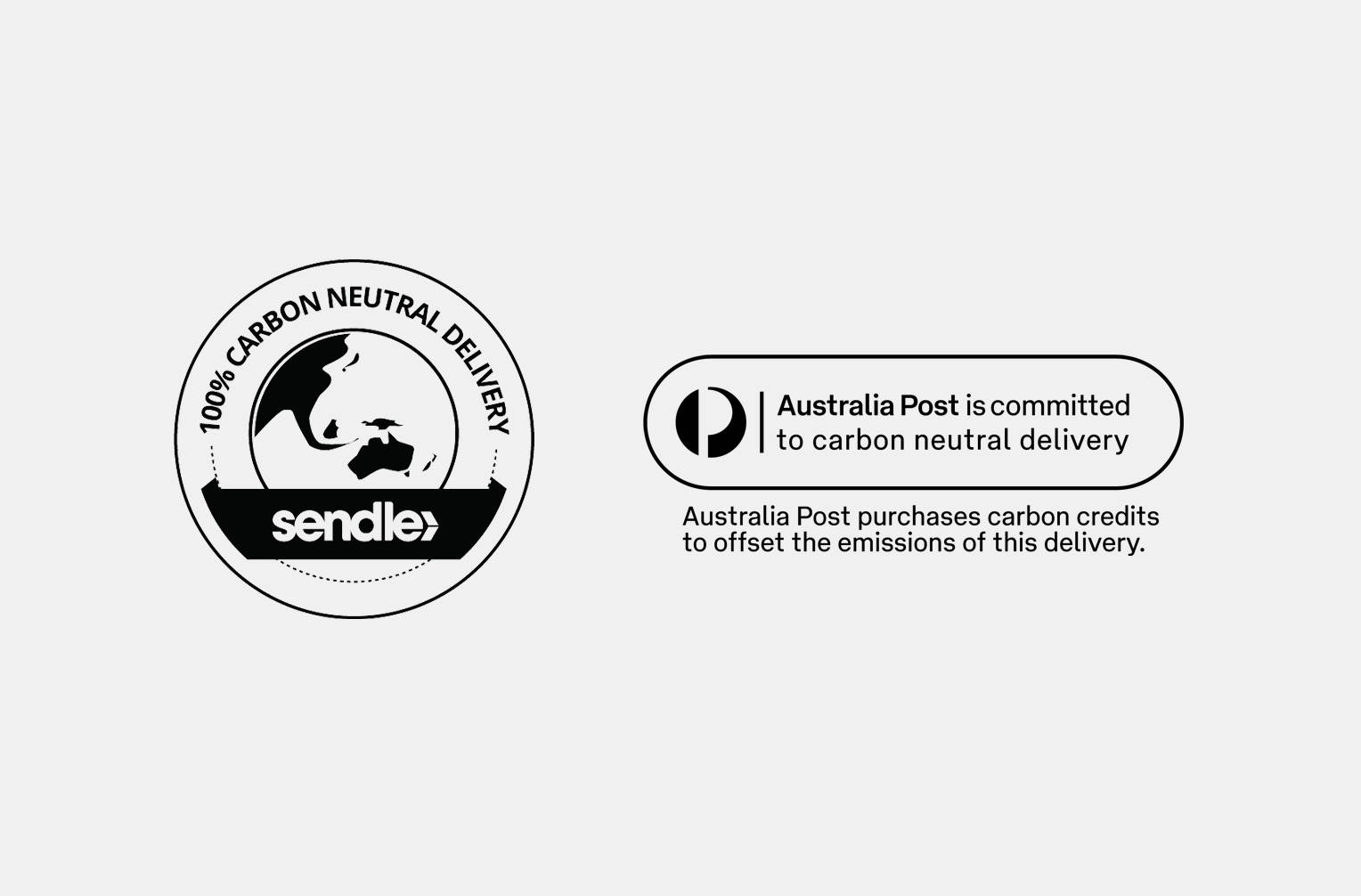 As well as regularly visiting our suppliers and ensuring a fair living wage is paid to all workers, we have several certifications:

FSC (Forest Stewardship Council) is a global not-for-profit organisation that sets the standards for what a responsibly managed forest is, both environmentally and socially. All our cork cases are made from FSC-certified cork oak forests.

GOTS (Global Organic Textile Standard) is a certification that ensures the organic status of textiles, including environmentally and socially responsible practises across the full supply chain. All our organic pouches and cloths are GOTS-certified.

PETA (People for the Ethical Treatment of Animals) is a global not-for-profit association dedicated to establishing and protecting the rights of all animals. All of our products are PETA-approved vegan, meaning no animals are harmed.

ISO (International Organisation for Standardisation) is an international standard-setting organisation. All our suppliers are ISO 9001 certified, ensuring they meet customer and regulatory requirements. Our frame material is also ISO 14855, which certifies its ultimate biodegradability within 115 days under controlled composting conditions. 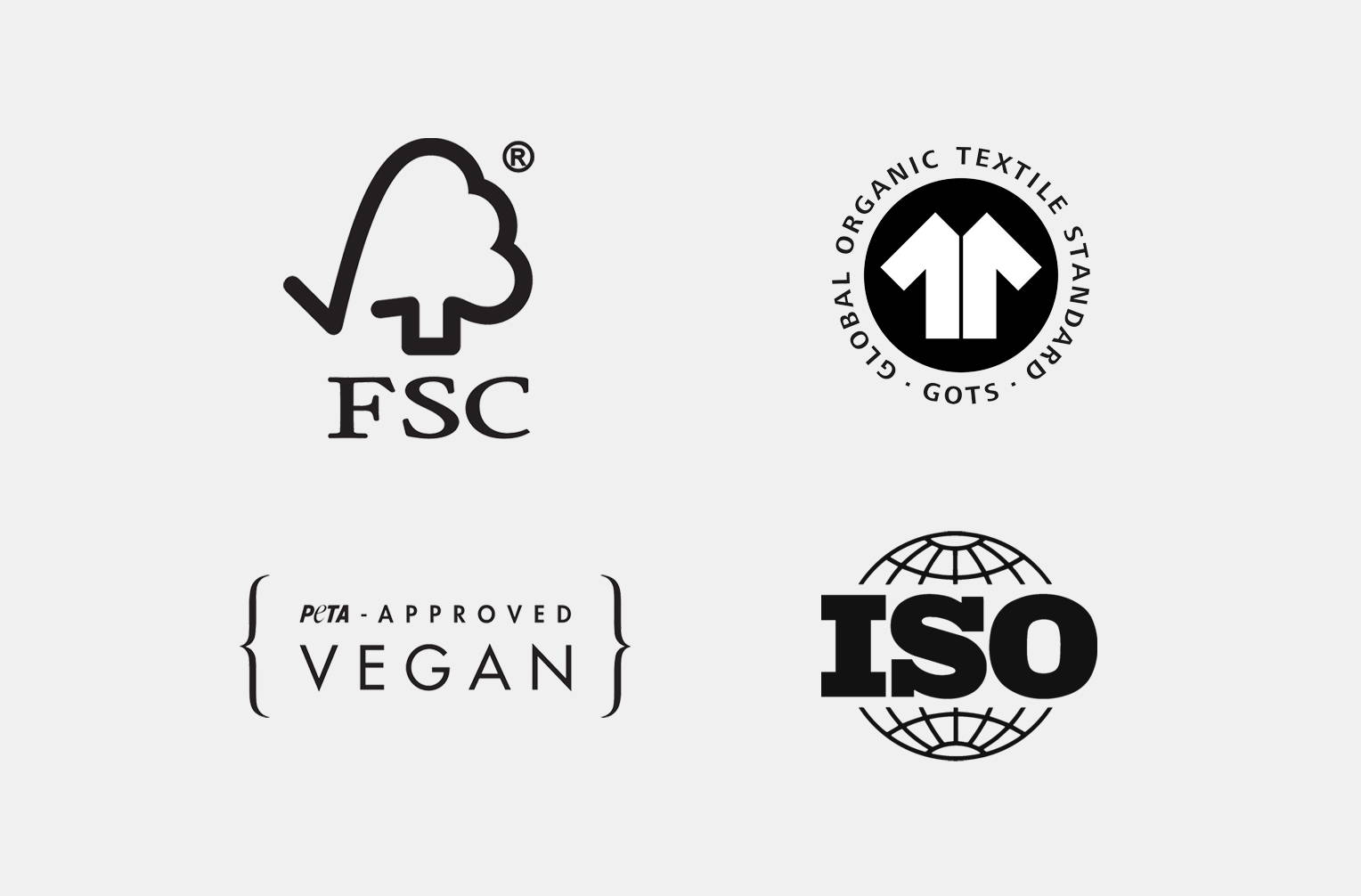